Every now and again a really funny story cross my path  so this time I have to thank Hannelie for sharing this….

After I retired, my wife insisted that I accompany her on her trips to Walmart. Unfortunately, like most men, I found shopping boring and preferred to get in and get out. Equally unfortunate, my wife is like most women – she loves to browse.

Over the past six months, your husband has caused quite a commotion in our store. We cannot tolerate this behavior and have been forced to ban both of you from the store. Our complaints against your husband, Mr. Woolf, are listed below and are “documented by our video surveillance cameras”:

1. June 15: He took 24 boxes of condoms and randomly put them in other people’s carts when they weren’t looking.

2. July 2: Set all the alarm clocks in Housewares to go off at 5-
minute intervals.

3. July 7: He made a trail of tomato juice on the floor leading to the
women’s restroom.

4. July 19: Walked up to an employee and told her in an official
voice, ‘Code 3 in Housewares. Get on it right away’. This caused the
employee to leave her assigned station and receive a reprimand from her Supervisor that in turn resulted in management getting involved causing management to lose time and costing the company money.

5. August 4: Went to the Service Desk and tried to reserve a bag of
chips.

7. August 15: Set up a tent in the camping department and told the
children shoppers they could come in if they would bring pillows and
blankets from the bedding department – to which twenty children
obliged.

8. August 23: When a clerk asked if they could help him he began
crying and screamed, ‘Why can’t you people just leave me alone?’
Emergency Medics were called.

9. September 4: Looked right into the security camera and used it as a mirror while he picked his nose.

10. September 10: While handling guns in the Sports department, he
asked the clerk where the antidepressants were.

11. October 3: Darted around the Store suspiciously while loudly
humming the ‘ Mission Impossible’ theme.

12. October 6: In the auto department, he practiced his ‘Madonna look’ by using different sizes of funnels.

13. October 18: Hid in a clothing rack and when people browsed
through, yelled ‘PICK ME! PICK ME!’

14. October 22: When an announcement came over the loud speaker, he assumed the fetal position and screamed ‘OH NO! IT’S THOSE VOICES AGAIN!

15. Took a box of condoms to the checkout clerk and asked where the fitting room was.

And last, but not least:

16. October 23: Went into a fitting room, shut the door, waited
awhile, and then yelled very loudly, ‘Hey! There’s no toilet paper in
here.’ One of the Staff passed out.

An atheist was  walking through the woods.

‘What majestic trees!’
‘What powerful  rivers!’
‘What beautiful animals!’

He said to himself.

He tripped and fell on the ground.

He rolled  over to pick himself up but saw that the bear was right on top of him, reaching for him with his left paw and raising his right paw to strike him…

At that  instant the Atheist cried out,

Time  Stopped.
The bear froze.
The forest was silent.

As a  bright light shone upon the man, a voice came out of the sky.

‘You  deny my existence for all these years, teach others I don’t exist and even credit creation to cosmic accident. Do you expect me to help  you out of this predicament? Am I to count you as a  believer?’

The atheist looked directly into the light.

‘It would be hypocritical of me to suddenly ask you to treat me as a Christian now, but  perhaps you could make the BEAR a Christian?’

The light went out. The sounds of the forest  resumed. And the bear dropped his right paw, brought both paws together, bowed his head and spoke:

‘For what I am about to receive, may the Lord  make me truly thankful,  Amen.’

[Thank you Monica for this one]

Sample the wine to  check quality. Take a large bowl, check the wine again. To be sure  it is of the highest quality, pour one level cup and
drink. Repeat.  Turn on the electric mixer. Beat one cup of butter in a large fluffy  bowl. Add one teaspoon of sugar. Beat again. At this
point it’s best  to make sure the wine is still OK. Try another cup… Just in case.  Turn off the mixerer thingy. Break 2 eggs and add to the
bowl and  chuck in the cup of dried fruit.

Pick the frigging  fruit up off floor. Mix on the turner.. If the fried druit gets  stuck in the beaterers just pry it loose with a drewscriver. Sample  the wine to check for tonsisticity. Next, sift two cups of salt. Or  something. Check the wine. Now shift the lemon juice and strain your  nuts. Add one table. Add a spoon of sugar, or some fink. Whatever  you can find. Greash the oven. Turn the cake tin 360 degrees and try  not to fall over. Don’t forget to beat off the turner.

Finally,  throw the bowl through the window. Finish the wine and wipe counter  with the cat. Go to  Woollies and buy cake.

After having dug to a depth of 10 feet last year, British scientists found traces of copper wire dating back 200 years and came to the conclusion that their ancestors already had a telephone network more than 150 years ago.

Not to be outdone by the Brit’s, in the weeks that followed, an American archaeologist dug to a depth of 20 feet, and shortly after, a story published in the New York Times: “American archaeologists, finding traces of 250-year-old copper wire, have concluded that their ancestors already had an advanced high-tech communications network 50 years earlier than the British”.

One week later, the Cape Times, in South Africa, reported the following: “After digging as deep as 30 feet in his backyard in Thabazimbi, South Africa, Lucky Simelane, a self-taught archaeologist, reported that he found absolutely f–k all. It can therefore be concluded that 250 years ago, Africa had already gone wireless.”

Just makes you bloody proud to be from Africa !

(thanx Nompilo for this one!)

The 94-year-old yells back, ‘I don’t know.  I’ll come up and see.’  She starts up the stairs and pauses, ‘Was I going up the stairs or down?

The 92-year-old is sitting at the kitchen table having tea listening to her sisters, she shakes her head and says, ‘I sure hope I never get that forgetful, knock on wood.’  She then yells, ‘I’ll come up and help both of you as soon as I see who’s at the door’

Three retirees, each with a hearing loss, were playing golf one fine March day.  One remarked to the other, “Windy, isn’t it?”

A little old lady was going up and down the halls in a nursing home.  As she walked, she would flip up the hem of her nightgown and say “Supersex.” She walked up to an elderly man in a wheelchair.  Flipping her gown at him,
she said, “Supersex.”

He sat silently for a moment or two and finally answered, “I’ll take the soup.”

Now this one is just too Precious…LOL!

Two elderly ladies had been friends for many decades.  Over the years, they had shared all kinds of activities and adventures.  Lately, their activities had been limited to meeting a few times a week to play cards.

One day, they were playing cards when one looked at the other and said, “Now don’t get mad at me.  I know we’ve been friends for a long time, but I just can’t think of your name!  I’ve thought and thought, but I can’t
remember it.  Please tell me what your name is.”

TELL ME THIS WON’T HAPPEN TO US!!!
As a senior citizen was driving down the freeway, his car phone rang.

Answering, he heard his wife’s voice urgently warning him, “Herman, I just heard on the news that there’s a car going the wrong way on Interstate 77.

Two elderly women were out driving in a large car–both could barely see over the dashboard.  As they were cruising along, they came to an intersection. The stoplight was red, but they just went on through.

The woman in the passenger seat thought to herself ‘I must be losing it.  I could have sworn we just went through a red light.’  After a few more minutes, they came to another intersection and the light was red.  Again, they went right through.  The woman in the passenger seat was almost sure that the light had been red but was really concerned that she was losing it. She was getting nervous. At the next intersection, sure enough, the light was red and they went on
through.

So, she turned to the other woman and said, “Mildred, did you know that we just ran through three red lights in a row? You could have killed us both!”
Mildred turned to her and said, “Oh, crap, am I driving?”

Thank y0u, Monicah, for keeping me in stiches………

I love the things kids come up with! Monicah send me these….

For some time many of us have wondered just who is Jack Schitt?

We find ourselves at a loss when someone says, ‘You don’t know Jack Schitt’! Well, thanks to my genealogy efforts, you can now respond in an intellectual way.

Jack Schitt is the only son of Awe Schitt. Awe Schitt, the fertilizer magnate, who married O. Schitt, the owner of Needeep N. Schitt, Inc. They had one son, Jack.

Noe Schitt later married Ted Sherlock, and because her kids were living with them, she wanted to keep her
previous name. She was then known as Noe Schitt Sherlock….

Meanwhile, Dip Schitt married Loda Schitt, and they produced a son with a rather nervous disposition named Chicken Schitt. Two of the other six children, Fulla Schitt and Giva Schitt, were inseparable throughout childhood and subsequently married the Happens brothers in a dual ceremony. The wedding announcement
in the newspaper announced the Schitt-Happens nuptials.

The Schitt-Happens children were Dawg, Byrd, and Horse.

Bull Schitt, the prodigal son, left home to tour the world. He recently returned from Italy with his new Italian bride, Pisa Schitt.

Now when someone says, ‘You don’t know Jack Schitt’, you can correct them.

(thanx to Monica for this one)

This is a very important instruction guide to survival for the next month….

(Thanx Nompilo for sending me this one) 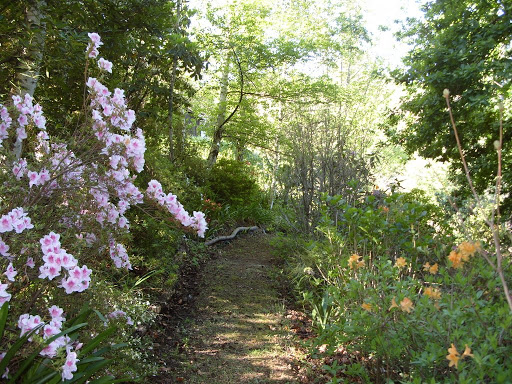 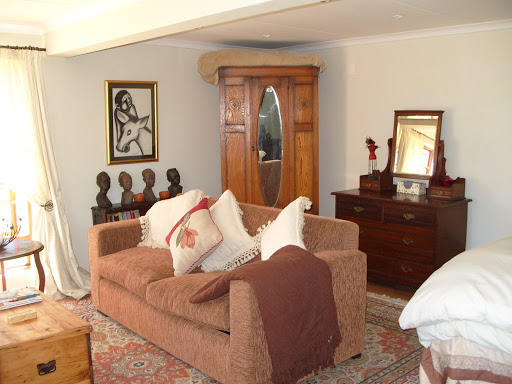 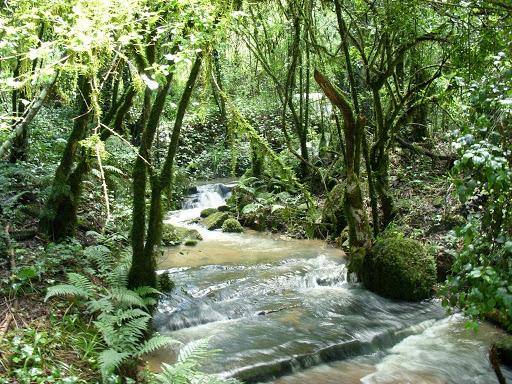 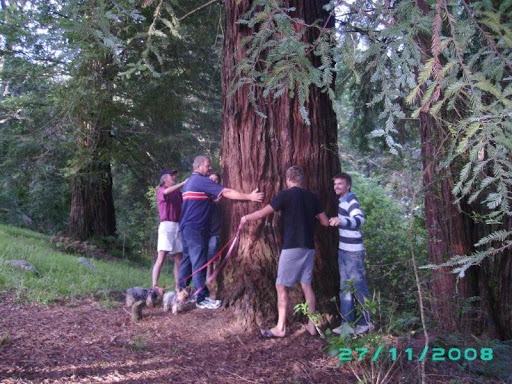 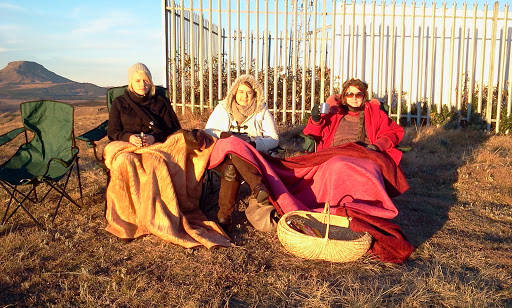 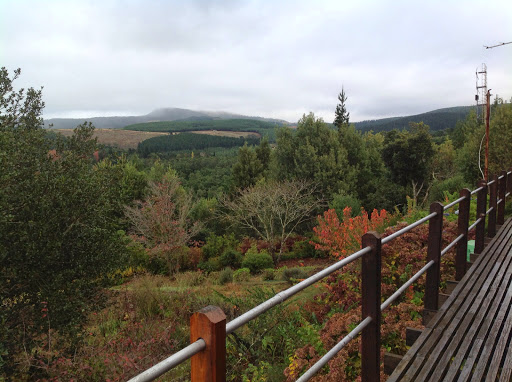 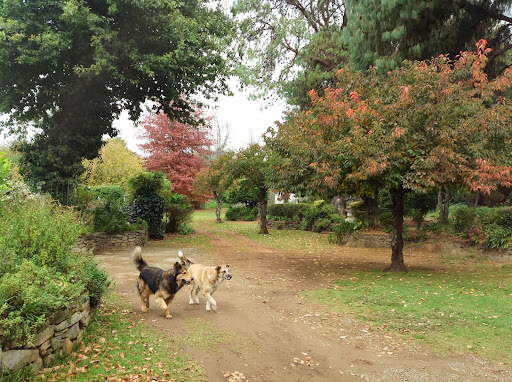 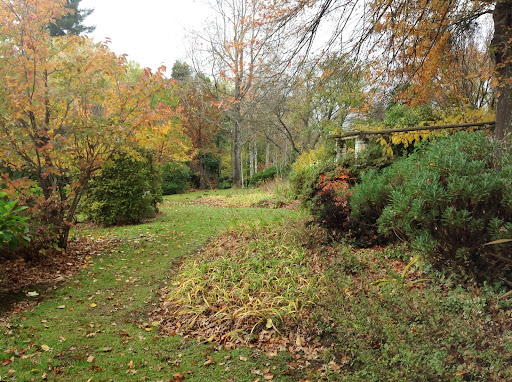 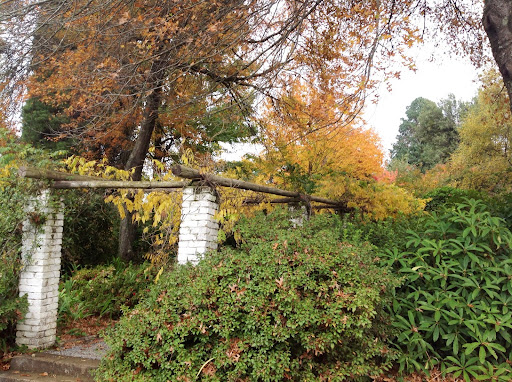 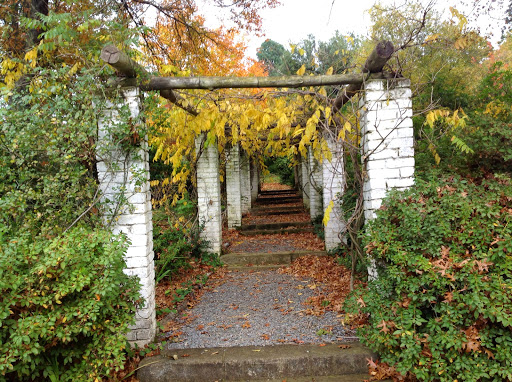 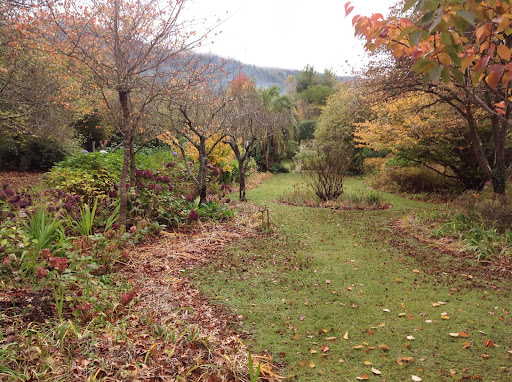 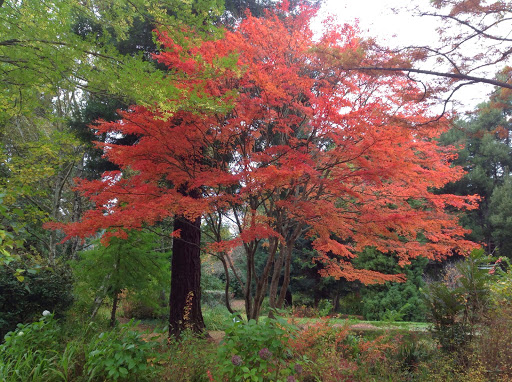 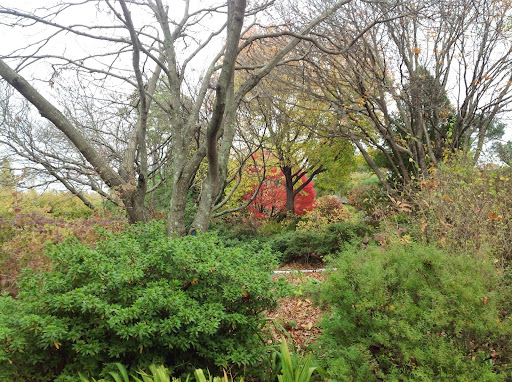 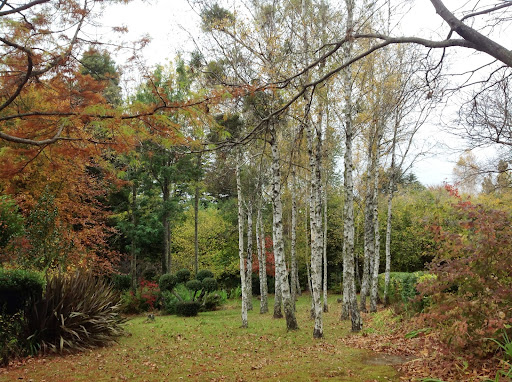 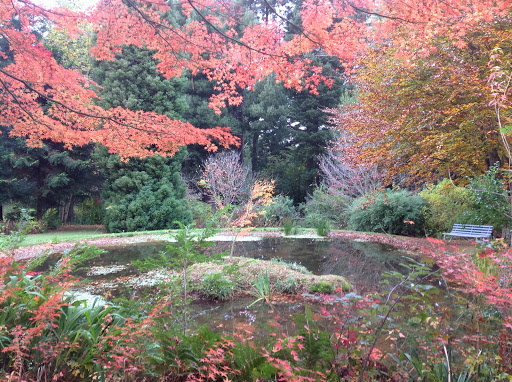 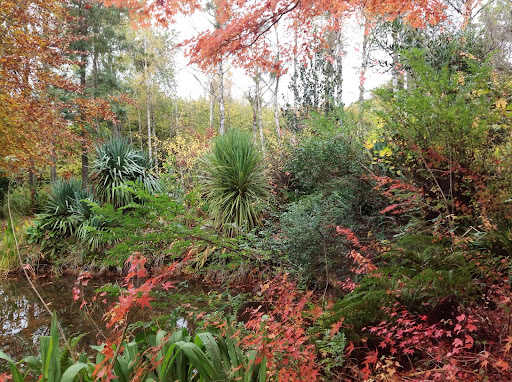 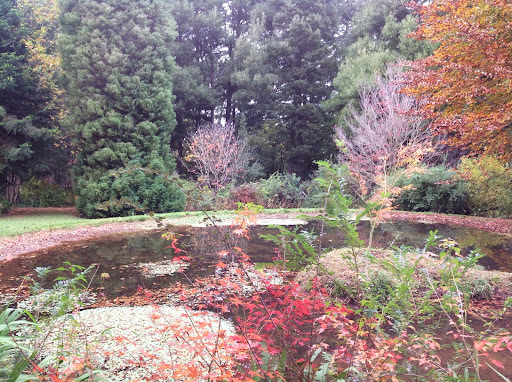 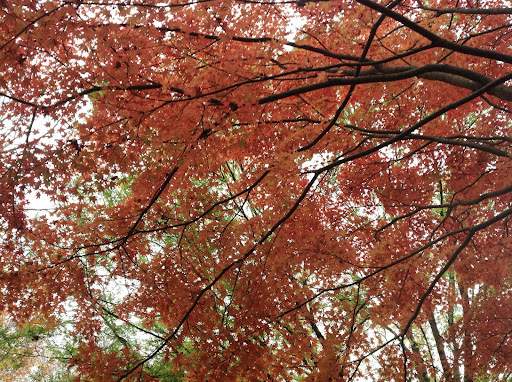 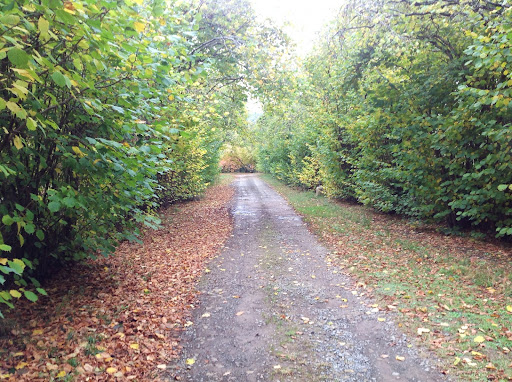